There is a story brewing, and when it spills, will expose more than creepy sex habits. 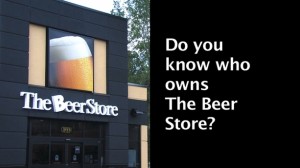 As a beer drinker, you bought your first two-four at The Beer Store, because hey, that was the only place you could buy a two-four in Ontario. You have also likely sobered up to the fact that since 1995, which is quite possibly all of your beer buying life,  profits from all the beer you have bought at The Beer Store have been going to the pockets of foreign companies. 1995 was the year Labatt was bought by Interbrew of Belgium. The Beer Store has been 100% foreign owned since 2006, the year Sapporo of Japan bought Sleeman. 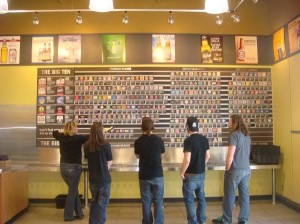 A $1.4 billion class action lawsuit has been filed which is based on the LCBO (Ontario government) and The Beer Store’s recently uncovered agreement – a “conspiracy to fix, raise, maintain or stabilize prices of beer in Ontario”. That class action, if ratified by the courts to continue, will expose more secretive agreements and the true relationship between The Beer Store and Ontario government who are alleged to have “participated in illegal and secretive discussions”. Not to mention past “donations” The Beer Store has given the Liberals and PCs to keep their government supported monopoly relationships in good standing.

Should such details come to light, public outcry will be imminent, and the Liberal Ontario government may have no option but to dismantle the monopoly and happily point blame to the PCs who were in power the year the LCBO/TBS agreement was made.

The Beer Store knows this, and is being proactive, having recently extended a barley branch to Ontario Craft Breweries as a strategy to get your friendly craft brewers on their side. Their offer will get craft beers on The Beer Store shelf, get craft beer owners money (they’ve offered shares for sale) into their banks and distract you from the story, because hey, you’ll be happy padding the foreign owners profits by buying new Ontario craft beers from The Beer Store! 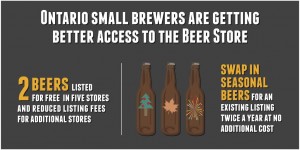 It’s high stakes poker: Give up your monopoly hand now, or expose your hand and payout the hundreds of millions you have profited from the benefits of a government supported monopoly that has “participated in illegal and secretive discussions and made agreements relating to prices and distribution areas of beer in Ontario”. As a beer drinker, tax payer, and voter of Ontario, you’ll be entitled to part of the payout-  what are you going to do with your money?