Some people say that summer is just around the corner.  I don’t believe them.  It’s May 2nd and I’m still waiting for Spring to show up!

In the meantime, I’ve been doing some fantasizing about two of my favourite summer indulgences:  Food trucks and cold craft beer. Bet I just made you salivate.

I love my home town (Ottawa) but, darnit Toronto, I’m jealous!  When it comes to Food Trucks, Toronto rocks! A quick look at TorontoFoodTrucks.ca tells you why. And before you think anything, yes I know, Ottawa has food trucks also, but we just don’t have the diversity, selection, and number that Toronto does (I’m talking per capita).  For aficionados who love apps, there’s even an app to help you locate food trucks when you feel those pangs of hunger coming on. 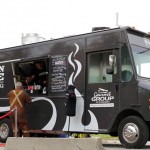 In a nod to my great city of Ottawa, I must point out that this fabulous list of food trucks in Toronto does in fact have a Ottawa connection. Ever heard of BeaverTails? Well, they are the pride of Ottawa…especially during our winter festival, Winterlude.  My personal favourite?  It’s The Québecoise.  This ooey-gooey sticky delight is slathered in a maple spread and topped with a drizzle of chocolate.  In my opinion, you just can’t get better than that! You’ve just got to try a BeaverTail at least once in your life! 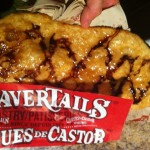 I bet I have you salivating again.

We are so lucky here in Ontario, and in fact in Canada, to have such a phenomenal choice of thirst-quenching craft beers. I may be biased, but I think Canadians makes THE BEST craft beers. One of my favourite craft beers right now is Lake of Bays Brewing Company’s Top Shelf Lager.  Have you tried it? It’s one of those crisp and refreshing beers that pairs well with just about anything.  Oh how it would pair beautifully with some of Toronto’s street food! *Sigh* Maybe one day… 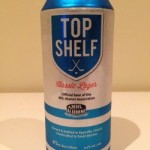 Awarded “Official Beer Of The NHL Alumni Association” Top Shelf is at its ultimate best when served in a cold, frosty mug, straight from the freezer. It will be my “go-to” beer for the Summer of 2014.  I can hear many of you beer fans disagreeing about chilling the beer mug in the freezer first, but for me, especially on a scorching hot summer day, the icier the better! So I keep my beer mug parked in my freezer at all times.  Trust me, I know many people who love their beer just slightly chilled (or even room temperature – ack!), so if that’s how you love your beer, I’ll drink to that…with my frosty mug!

Whatever your choice of craft beer is, whatever your favourite street foods are,  get out this summer and enjoy a little of each!

What would be YOUR favourite street food and craft beer combo?

Food Trucks roll into Ontario Place ahead of “Revitalization”