By now, you or someone you know has waited in line to try Uncle Tetsu’s fresh cheesecake downtown Toronto.

Was it worth the effort? Is it the best cheesecake ever?

Maybe the cheesecake WAS amazing, but you do NOT have the patience or time to line up for cheesecake. No more lines just for a cheesecake!!

Do not let the Uncle’s charm fool you

Uncle Tetsu has a smooth schedule to give the illusion of an always busy storefront.

According to interviews with the Uncle himself, he says he can only make twelve cheesecakes every 45 minutes, and they must be inspected for quality before it reaches you. So what this means is there will almost always be a line up, and not because of the hype, but because the Uncle intentionally creates one through a slow supply. 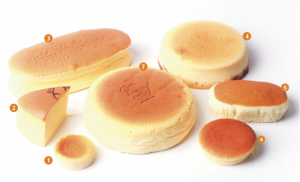 What Toronto foodies are saying

Reviews are super interesting because half claim the cheesecake tastes incredible coming right off the oven (duh), but the other half claim it tastes even more incredible when it has been sitting in the fridge for a few hours (the texture is more dense and the cream cheese is much more prominent after the cool down).

History of Japanese cheesecake in Toronto

Here’s where the story changes: Uncle Tetsu is NOT the only place in Toronto where you can purchase a fluffy, slightly cheesy Japanese cheesecake.

In fact, they’ve been around for quite some time now. Of course, they’re not served freshly baked and hot like Uncle Tetsu’s, but not everyone can gobble down a cheesecake in one sitting, some of it HAS to go in the fridge.

Let your friends know you have better things to do than wait in a lineup for cheesecake!

This bakery claims to be the first Japanese bakery in Toronto.

Conveniently located across the border between Toronto and Markham. Like Uncle Tetsu, everything is made from scratch everyday in an open-kitchen concept that lets everyone see whether or not hairnets are worn during the creation. They have a range of different cakes available, and the Japanese cheesecake is one. This bakery has been around since 1993, they must be doing something right.

2. T&T Supermarket Bakery: All over the GTA. 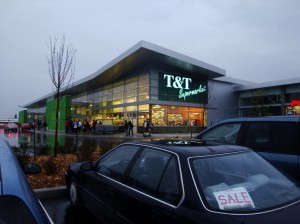 T&T’s bakery section has a vast variety of Asian baked goods and Japanese Cheesecake is one of them.

They might not be as fresh as Uncle Tetsu’s, but when half the reviews online say its better cold, does it make any difference?

If you are a true Uncle Tetsu fan, you might be disappointed to know that the Toronto location has a limited selection of flavours. Well,  T&T has flavours ranging from taro to green tea! You can also purchase a frozen version of  Japanese Cheesecake called Castella. You can spend time browsing authentic Asian groceries rather than standing in line next time you crave Japanese cheesecake.

Don’t let the dingy exterior and interior of this bakery throw you off. Walk inside and immerse yourself in the aroma of delicious baked goods. But don’t get distracted, because you are here to get that Cheesecake! 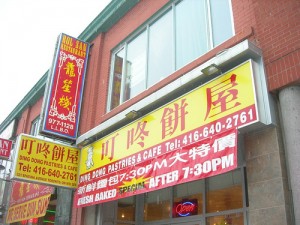 And if all else fails, you can always try to make your own cheesecake.

1 thought on “Skip the Line At Uncle Tetsu!”