Standing at over three feet tall, its presence commands attention. No, it is not Justin Bieber, or Dr. Evil’s mini-me. It is the Golden Fork Trophy. The award for the people’s favourite food truck at Food Truck Fest Ontario. That’s right- You, the food fan, get to vote the winner of this precious trophy! 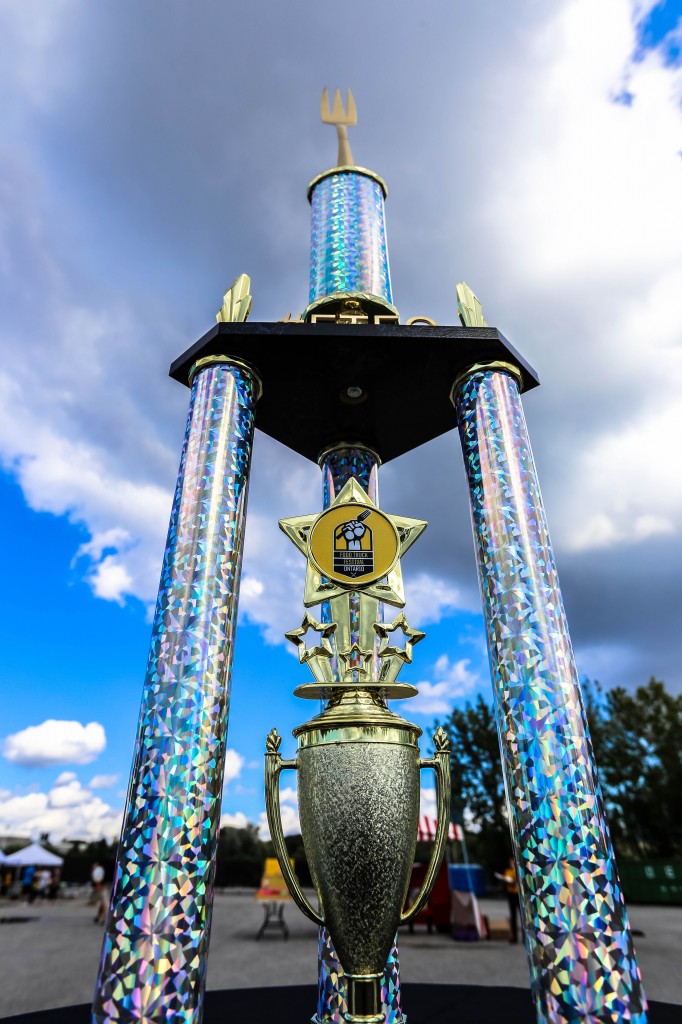 The inspiration for the design comes from the plastic fork synonymous with food truck eating. The trophy gives food truck vendors additional motivation to put forth their very best food creations, some of which are debuted at FTFO for the very first time. 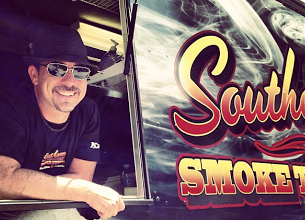 Armed with a 800 pound cooker, Mike takes pride not using gas to make any of their food items. “What sets us apart from other food truck is our cooking process. We use split wood on our competition cooker as opposed to using gas and propane. This gives our meals the natural smoky taste our consumers love”. 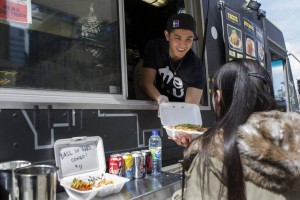 “What sets FTFO apart from other food festivals is the way they promote the festival. They do activations with food trucks around Toronto and are very active on social media. They treat it like it’s a music festival, which fuels our anticipation”, says Bryan Siu-Chong, Co-owner of Me.n.u Food Truck. 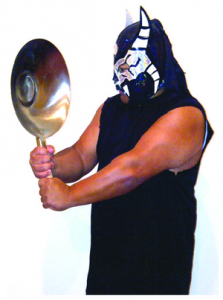 Reuben Salonga, Co-owner of Luchador Food Truck says  “There are higher expectations that comes with FTFO because it attracts some of the best food trucks in Ontario, which are usually the best situations because it pushes us to make great food stuff”.

What has Southern Smoke done with the trophy?

Mike tells the story of bringing the trophy on the truck for five weeks after FTFO. He even thought of turning it into an emblem. However, since they have a new restaurant (Southern Smoke Barbeque House), they decided to display the trophy there.

With Southern Smoke missing this year’s festival due to a prior commitment, the battle for the Golden Fork Trophy will be an interesting one.

Who will win this year’s Golden Fork?

Last year, FTFO hosted 21 food trucks. This year, there will be 31. With increased competition, trucks are already implementing their plans to win:

“Last year, we weren’t fully prepared for the amount of people that attended the festival. We ran out of food quickly and as a result, we had to turn away a number of food lovers. But this year, we know what to expect and we plan to introduce some new food items. Me.n.u wants to win the Golden Fork Trophy”, says Bryan.

Reuben says Luchador is already prepared with a new menu item: “We have made preparations to adapt to the requirements of FTFO by serving smaller portions prized at $6. In addition, we are going to introduce new food items for the food lovers, one of them is Dragon Shrimp Tacos, tantalized in orange ginger sauce”.

—–>Which food truck do you think will lift the Golden Fork Trophy on September 27, 2015?

Which Food Truck Will Get Your Vote?

1 thought on “WHICH FOOD TRUCK WILL GET YOUR VOTE AT FTFO?”