1986 was the year Irene Morales left Santiago, Chile for Toronto.

Upon arrival she started  experimenting with Southern Chilean spices underground (her basement) to ready herself for Toronto’s street food scene. 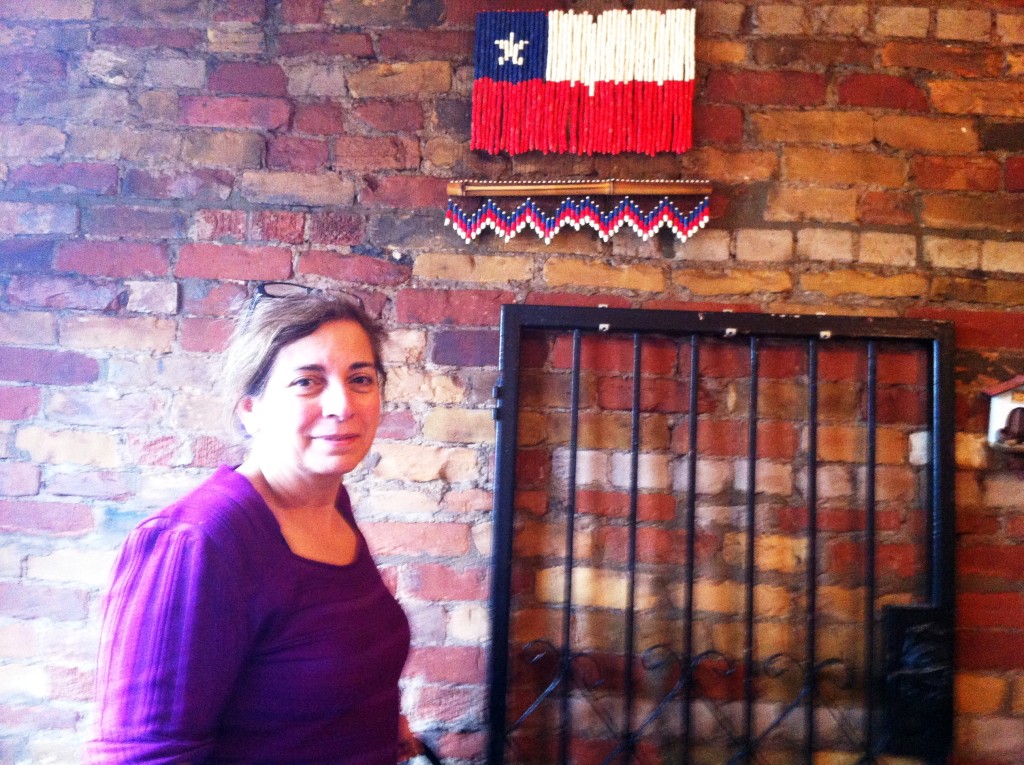 In 1991, Irene was finally ready to bring her Chilean inspired creations from the basement to the streets.

She rented a tiny cart, setup right on Augusta Avenue in Kensington Market, and started selling empanadas. Her style of sweet n’ spicy consistently delivered, and public attention led to a permanent eatery on Augusta Ave, close to where she currently operates Jumbo Empanadas. 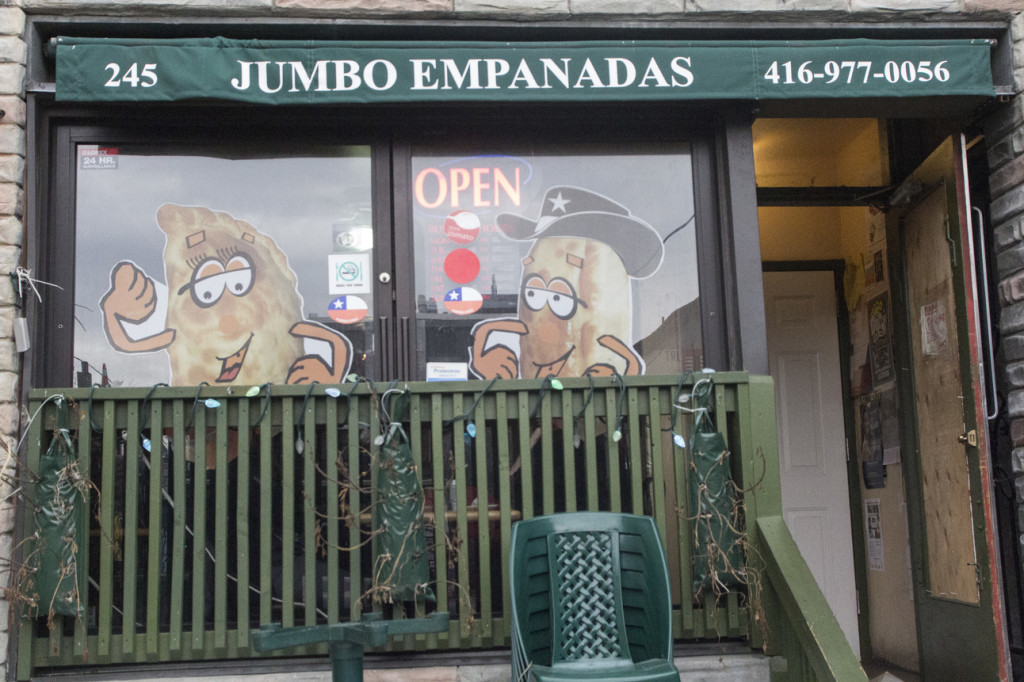 Jumbo Empanadas has operated at 245 Augusta Ave since 1999

Irene’s oven-gilded jumbo empanadas ($4.50) are served with a small sampling of her flavoursome house made salsa (can be bought in larger sizes for take home).

RELATED: Irene and her empanadas were part of the inaugural CraveTO event in 2013. 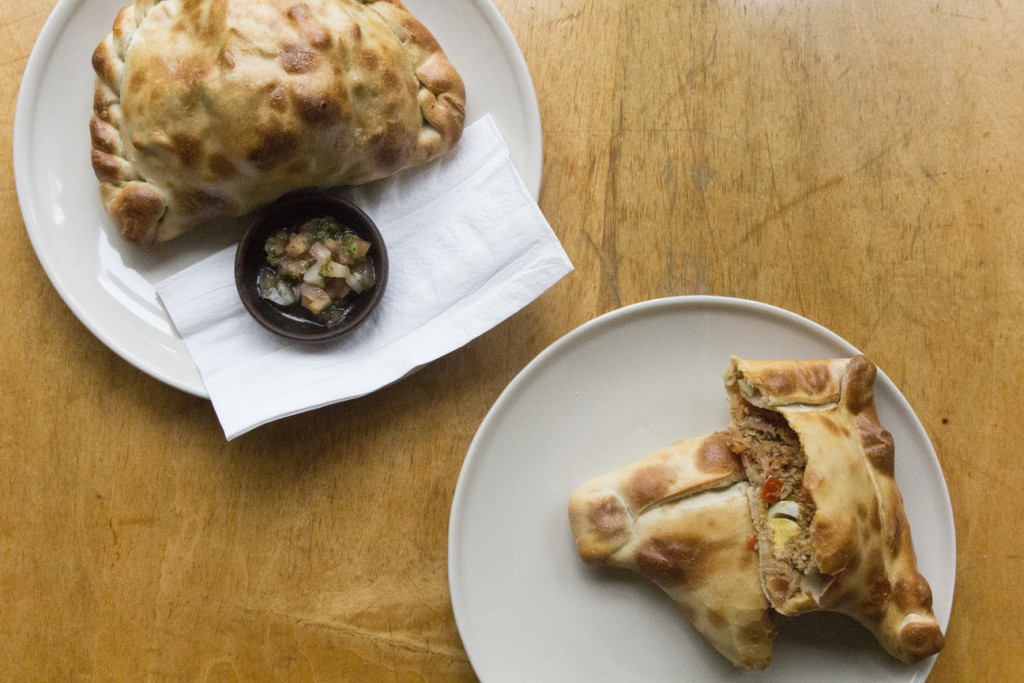